You are here: Home / Archives for Stresswell / Thinking 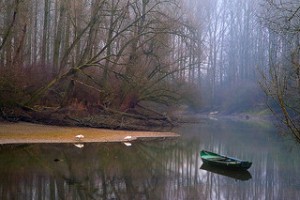 Make a decision of what you want, give your attention there, find the feeling place of it — and you’re there instantly. There is no reason for you to suffer or struggle your way to or through anything.—Abraham  [Excerpted from the workshop: Kansas City, MO on August 29, 1999]

When I initially woke up this morning, I noticed that my attention was centered on something I had already decided to not do today.  I still felt good about the decision I had made.  And yet, I was also aware of something inside keeping my attention on that thing.   As if I somehow needed to justify the “not doing”.

While finishing my coffee, I recalled the above quote that had graced my early morning email.

I gently invited  my attention to the activity I had chosen to undertake today, inviting a fresh sense of the “feeling place of it.”

I noticed first an inner sense of ease and gratitude.  Followed by some unexpected openings along a path that also allowed the creation of this brief post.

Have YOU made a decision today (no matter how small it might be) about something you want?  I’d love to hear about it – either in the comments (below) or in a private message.

I happened to see a stunningly beautiful short video this evening while taking a break from the day’s tasks.

Wanting to share it with a friend, I searched online and found the video included as part of a TEDx talk from last year.  It was so lovely to learn a bit more about Louie Schwartzberg, the film’s creator that it made sense to share both his introduction and the video itself [the entire clip is just under 10 minutes long]. 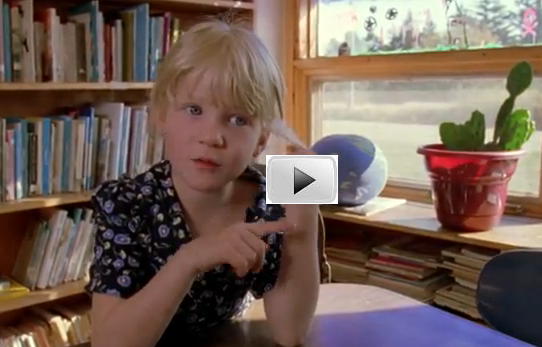 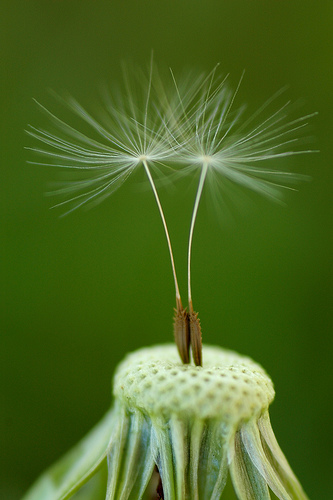 Alone Together – United in Our Uniquity *

As I create a space inside for listening to you,
I begin to listen to myself in a different way.

As I relax into becoming your companion listener,
I learn to trust my own unfolding journey.

As I witness and honor your gentle unfolding,
I gain compassion for my own wounded parts.

As I better understand the uniquities of your anxious, fearful “not-wantings”,
I discover how to to be with those that dwell deep within me.

Alone together,
We glimpse the unity of our mutual wantings,
Together alone.

How often have you found yourself saying:   “I need to change”?   It doesn’t matter whether the change involves eating right, exercising more, earning more money, etc.

Our hearts tell us that we really want our lives to work better.  We start out—time after time, resolved to “do better” this time around.

At first, all goes well. At least until our head joins in, apparently determined to keep us from changing.   The repertoire of critical voices inside our head often includes “My life isn’t right,” “I know I’m the problem”  and/or “I’m always standing in my own way.”

Then, the tug of war begins in earnest.  The longing of the heart battles the worried, critical voices of the head–each side bound and determined to get its own way.

Our response at this point, tends to include one (or even both) of the following:

My mentor,  Ann Weiser Cornell likes to say,  “What we don’t realize is that the very way we are speaking about the problem is standing in the way of solving it…..That saying ‘how can I get myself to change?’ is sort of like trying to move a rug while standing on it!”

What might happen if, for a moment, we started with the source of the unease we’re feeling–the part that doesn’t want to change?   A great start would be to shift that initial statement to something like this:  “I want to change, but I don’t.”  [Or “I want (or need) to eat better, exercise more, earn more money, etc.”]  This at least recognizes that there are two sides to the issue.

Notice, for a moment, how it feels to express it this way :  “I want to ____, but I don’t.”   Better, perhaps, yet it still sounds a bit judgmental doesn’t it?  It’s so easy for us to dip back up into our head, with its critical perspective.

Now, let’s see what might happen if we add just one little word:  “something.”  As in, “Something in me wants to change and something doesn’t.”  Ah, so there are two parts–a part that wants to and a part that doesn’t want to.   Now there’s even more space around that stuck place inside.  It’s not “just” me – it’s not who I am.

Taking that even one step further, we might say:  “I’m sensing something in me that’s feeling frustrated and yearning for change.  It sees another part of me as the problem, and is trying to get it to change.”

Can you feel how that adds even more space?  And maybe even room for a little curiosity to bubble through–especially about that second part that doesn’t want to change.

Now we’re acknowledging that the not-wanting part might be as valid as the part that does want to change.  After all, it probably has its own very good reason for being the way that it is.  We don’t have to become best buddies with it.   However, we can at least respectfully allow it to speak, be heard and understood.

And then–instead of seeing the not-wanting as an enemy to be eliminated–perhaps we could see it instead as a gift of life-forward energy just waiting for us to quietly and curiously unwrap it?  Could there really be a fragile space of wanting hidden beneath the critical judging thoughts and worried, anxious feelings?

In this way, we’re no longer trying to get ourselves to change.  Instead, we’re standing in a relationship of compassionate curiosity toward each of these parts.

Here’s an exercise you can try out for yourself.

First, complete the following sentence by filling in the blank with something in your own life you wish to change:

Take a moment to notice how that feels inside.

Then, if you’d like to experience the next step in the process, I’ve recorded a brief (12 minutes long) guided exercise that’s available for you to download [or a pdf version to read through].

Once you’ve listened to the recording, notice how it feels inside.  Is it different than when you started the exercise?  [I welcome your feedback – either in the comments below or via email]

And, if you’re still feeling a bit “stuck,” you might want to schedule a “live” Guided Focusing Session that’s designed especially for you (and your unique journey).

You may freely share and/or reprint this article in other electronic or print publications, provided you include the following attribution:

ASK ME House article © 2010 Mary Elaine Kiener, RN, PhD, all rights reserved.  Reprinted with permission.  As Creative Energy Officer at ASK ME House LLC, Mary Elaine assists caregivers to care for themselves as well as they care for others.  For more information, visit:  www.askmehouse.com and/or www.stresswell.com.

Please also send me a courtesy note with a copy of the publication.

and struggles to be heard.

we rise as one,

I invite you to learn more about Inner Relationship Focusing and how it can help you find a compassionate way forward.

You’ve just encountered a moment from hell.  You were going along fine, when suddenly life tripped you up.  It might have been a hurtful email from someone you thought was a friend.  Perhaps you lost a longtime customer or client to a business colleague whose motives you now question.  Or someone else questioned your own actions or motives.

Your first (and hopefully, brief) reaction to any of the above situations might be one of shock, with a pinch of anger or hurt (perhaps both!):  “How could he do that?”, “What’s wrong with her?”, or “Why me?”

If you were to act from within this stress-filled mindset, chances are you would end up making the situation worse.  The more you stay focused on the negatives or on assigning blame, the more your actions and communication will then focus toward you becoming the winner and the other person the loser.  Then, your brief moment in hell expands to a day, or longer.

It’s easy to talk our talk.  And, it might even be easy to walk the talk when the going is smooth.  But what happens when the going gets rough?  Are there some strategies that can help us not only better understand our talk, but also make the walking easier?

When we are under duress, our perceptions often become narrowly focused on our own survival.  This is natural (our brains are actually hard-wired that way), and is especially important in matters of life and death.  However, the more we allow an adrenaline-fueled mindset to direct our thoughts and our actions, we become less aware of ourselves and less willing to explore alternative behaviors.

One way to expand our awareness is through the use of the Johari Window (1), a communication model initially developed by Joseph Luft and Harry Ingham.  Using the analogy of a quarterpane window, each pane of the window describes 1 of 4 different levels of self-awareness:

In a close-minded person, the “open area” quadrant is often rather constricted, with tightly held boundaries.  Through the careful give-and-take of self-disclosure and requesting feedback , it is possible to enlarge one’s open area, which then serves to decrease the size and influence of one or more of the other three areas.  As a person gains self-knowledge and self-esteem, this process also promotes the development of transparency and trust within his relationships with co-workers, family and friends.

With the Choice Map (2), Dr. Marilee Goldberg Adams offers a useful option.  Instead of reacting from within our “Judger Self”, she invites us to respond from within our “Learner Self.”  This approach allows us to make thoughtful choices that are solution-focused and provide for win-win relationships. 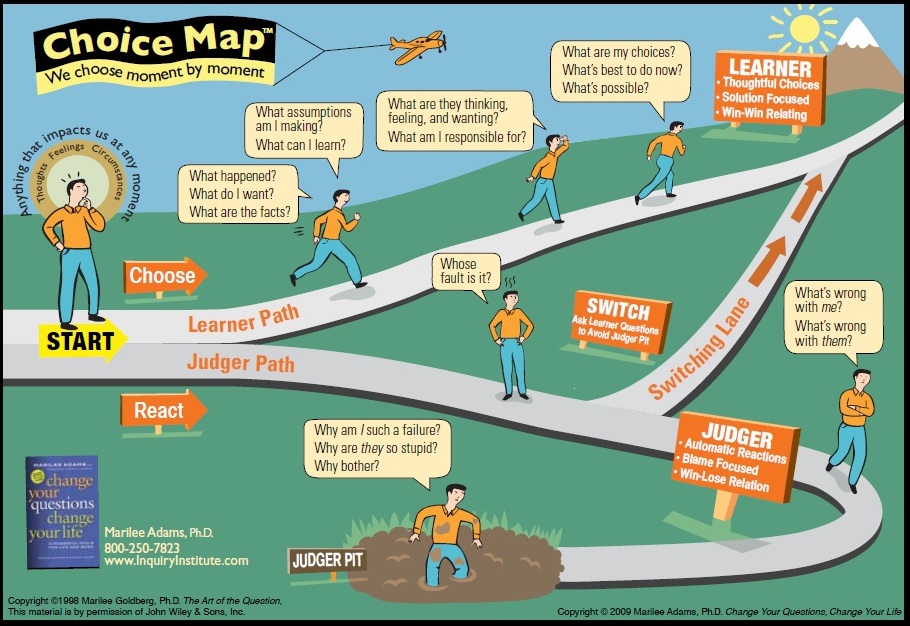 Within this model, questions such as “Whose fault is it?” or “How can I prove I’m right?” shift to questions such as “What do I want?”, “What can I learn?” and “What’s the best thing to do?”  As a person’s reactive, inflexible and judgmental mindset becomes more thoughtful, flexible and accepting, her mood transitions from pessimism, stress and limitations to optimism, hope and possibilities.  Over time, relationships are able to grow and flourish within an atmosphere of respect and trust.

Gandhi is well known for his admonition:  “Be the change you want to see in the world.”  I have adopted it as a cornerstone for both my business’  philosophy and how I choose to live my life.

Every day seems to gift me another unanticipated challenge to learn how to walk my talk–which is certainly easier said than done.

It helps if I can see each challenge as a well-timed opportunity rather than as a distressing burden.  It also helps to know that this is a learned skill, especially given our physiological tendency to self-protect when under stress.

Through the use of learning-oriented questions to increase both my levels of self-awareness and understanding of others, I can practice acting in harmony with my deepest values and beliefs.

You may freely share and/or reprint in other electronic or print publications, provided you include the following attribution:

Please also send me a courtesy note with a copy of the publication.