You are here: Home / Courageous Self-Care / Playing and Working in Dreamland 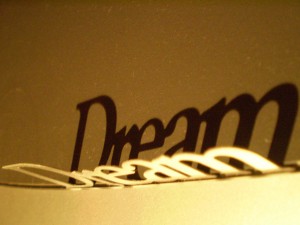 I woke up in the middle of the night, in the middle of a dream, midway through an unfolding mystery drama. The setting seemed familiar, but it was dark both inside and out. I was all alone (or so I thought). As I moved through the building, turning on lights, I recognized it as my friends’ cabin at the river. Suddenly, a woman appeared from the back porch, bearing both fresh and aging bruises (as if from multiple beatings). She resolutely recited her chilling tale while my mind shivered with fear, longing for safe rescue for us both. Suddenly, I felt something softly caress my back. With a startled thought of “Oh sh##, now what?!? Who else is here?”, I bolted wide awake—never learning who or what had been behind me.

Sitting with the dream’s memory, I was surprised by a growing sense that—in spite of a myriad of sinister elements within the dream–this unknown hand (or energy) was somehow different. I wasn’t sure I could venture to say it was a “good” thing; although, I was increasingly certain it was not a “bad” thing, there to harm me.

With that acknowledgement, I felt a deep, humble-ing tremble inside that gave me pause. I gradually understood this humble-ing was showing me something that I might learn. Not something I must learn—nor would I be required to learn. Rather, I could choose to both learn about and from it. Plus, a sense were I to take this opportunity to learn more, it would be well worth my while.

During a momentary mind-wandering, a slender, curious wondering slowly slithered its way through my awareness space. “When learning occurs, is it work or is it play? Or something else, altogether? Or, perhaps, a component of both?”

I then became aware of something resembling spotlights (or headlights of a car) pointed straight-on towards me. The bright lights were shining a question—as if to illuminate it: “And just what IS my work?”

My attention then drifted back toward the dream and the mysterious secret it held, still beckoning me to learn from it. Hmmm…. Sensing within this dreamlike mystery play, an awaiting learning opportunity that now felt a bit like “work”—with bright lights coming from that which stood in full view in front of me. Something palpably real remained behind me, yet was still unknown.

Ahhh—a glimmer of possible meaning stepped forward. Might the mysterious wounded stranger standing opposite me, somehow also BE me? Had her wounded experiencing become the light that now shone upon me, while also creating a shadow of darkness behind me? Perhaps my dream had brought me a playful gift of learning to entice me to embrace my own “shadow work” so that I may continue to grow, heal and flourish. I guess perhaps the Shadow does know!

*  Originally published as => Kiener, M.E. (2016, August).  Choosing Courageous Wellbeing:  Playing and Working in Dreamland.  Sibyl Magazine. For the Spirit and Soul of Woman.  Retrieved from www.sibylmagazine.com. 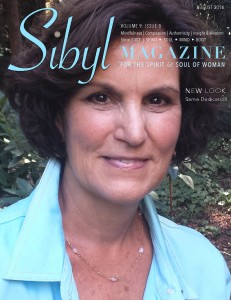 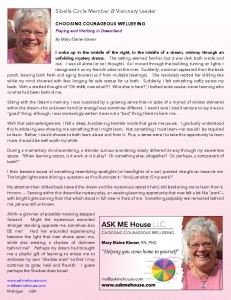