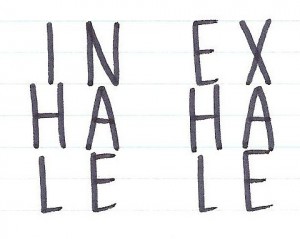 I so love the “breath-taking moment-of-life” quality of an epiphany—as in a sudden, insightful realization into the essential meaning of a simple, mundane experience.  Recently, I received a serendipitous insight as it emerged from a simple act of breathing.

Over the past year, I have invested countless hours into voice and Alexander Technique lessons.  Much of my learning involves un-learning numerous patterns and postures I had acquired throughout decades of unawareness.  Both teachers, with their wisdom, patience and compassion, have helped me realize how these patterns and postures affect my ability to be present and interact with the world around me.   These habits had frequently stemmed from a self-protective response to recurring aspects of my life.  Each resulted in an increasingly difficult and unnatural way of “doing” life, with less of the easeful simplicity and sense of wellbeing to which I aspire.

Not surprisingly, much of my ongoing discovery process has been about my breathing–a source of life-long challenges for me.  One day, for example, my voice teacher had observed that my whole torso seemed to “collapse” at the end of an exhale.  As a result, I would end up struggling with each recurring inhalation to re-find the desired quality of vocal production.  I became exhausted from attempts to hold myself upright and felt discouraged as the quality of my singing seemed to stubbornly resist improvement.  Concurrently, my Alexander teacher had been patiently helping me learn to “lengthen and allow” my body to move more naturally and freely.  Until, gradually, I began to be aware of the sweetly subtle shifts which can now allow more ease and flow into my patterns of movement.

Which leads us to the epiphany itself.  I was in the car, on my way to sing in a concert, including a solo that my voice teacher had chosen for me.  It’s a lovely piece, well suited for my voice.  We had spent weeks preparing for the performance.  Having finished my vocal warmup at home, I was using the short time in the car to again bring awareness to my breathing.  There, at a traffic light, I recalled my voice teacher’s earlier observations.  Blessedly, I also began to clearly experience subtle shifts in body posture that would result in a freer, more natural exhale instead of either the undesired pattern of collapse or the over-compensatory, rigid pattern of holding.

In return for my gentle pause to notice–and exhale–without collapsing, I received a breath-taking, aha moment of living, within its own life-giving moment of breathing.  I realized anew how each act of breath-taking reflects our ongoing being-with life.

Just now, yet another epiphany arrives with a gently whispered invitation from inside:  “Let’s practice expiring.”  As if to say, let’s no longer die a little death inside by collapsing with every exhale, but rather always living forward into fresh possibility. 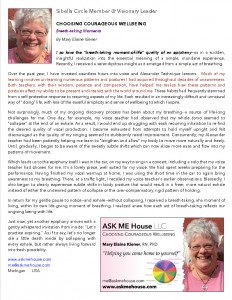 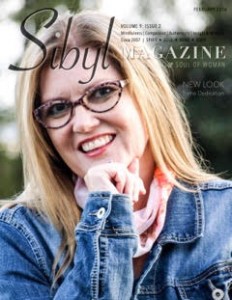